The Trouble with a Tilting Chimney 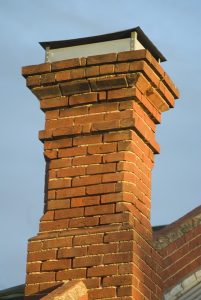 You and your friend are standing in your front yard, staring at your house intently. Both of you have begun to tilt your heads just a bit to match the tilt that is beginning to become apparent in your chimney. Your friend says that it seems to add character to your home, emphasizing that it is a long-standing structure that has seen its residents through many a cool winter. However, you know that the mild tilt is an issue that can and will get worse and should be addressed sooner than later.

A tilting chimney can occur in even the most well-maintained chimney. It’s a part of the life cycle in a way. However when you do notice that your chimney is starting to lean one way or another, you really should reach out for chimney restoration in Eden Prarie, MN before the issue escalates to a full replacement.

If you haven’t encountered a tilting chimney before, you may be wondering why it is such a big problem. Let us explain.

What a Tilting Chimney Means

A tilting chimney is an indicator that you need to seek professional help to do a chimney restoration…and quick. Why? Well for starts a tilting chimney is one that is putting a large amount of strain on your home. It is also increasingly at risk of losing bricks, which can harm your home or even harm a person, or fully collapsing the longer it is left leaning. What’s more, that slight tilt harms the lining within it and hinders the ability to safely ventilate your fireplace.

Altogether a tilting or leaning chimney is an issue that might not seem terrible at first but is, in reality, highly dangerous. A chimney with a tilt should be addressed with chimney restoration sooner than later. However, this isn’t the only issue that can lead to a need for restoration services.

Other Indicators You Need a Restoration

Additional signs that you might need chimney restoration include:

If your chimney needs some extra assistance, you don’t have to stress. You can simply click or call to reach out to the professionals at 2nd Generation Chimneys, Inc. to get your repairs done right.