What Chimney Sweeps Find on the Job May Surprise You 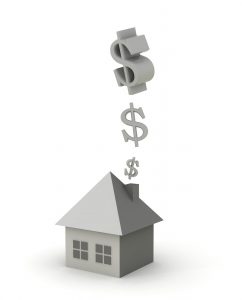 We’re sure interesting and unusual things happen on a daily basis at nearly every kind of job, but few are as surprising as what happens when a chimney sweep works. Some of the things found in chimneys by the average chimney sweep every day will seem unusual to many. Some of what a chimney sweep finds is incredibly dangerous, even though it happens every day.

We think it’s our duty to tell you what may be lurking in your chimney, so you know how important it is to call in chimney sweeps every year, preferably before you use it this season. Check out some of the surprises hiding inside the average chimney, and call our team for your next chimney cleaning and inspection in Minneapolis.

One of the most common reasons we’re called into homes in the first place, aside from a routine cleaning, is for animal removal. Unfortunately, animals can often easily make their way into a chimney, becoming stuck in the damper in many cases. Sometimes, we’re called in to remove a living animal. Unfortunately, we often don’t get a call until an animal is deceased and begins to give up a smell.

Usually, we can remove the animal. However, you should know that some species of nesting birds are protected, and the nest can only be removed once the bird has migrated for the winter. Installing a chimney cap is a great way to prevent animals from getting in the chimney in the first place.

Creosote is a black, tarlike substance that forms in the lining of the chimney naturally as you burn a fire. The creosote is a result of incomplete combustion, something formed from water vapor, smoke, and other substances.

So what’s surprising about this? It’s highly flammable. This naturally-occurring substance can be quite dangerous, something that can lead to a chimney fire, especially if the creosote becomes puffy because your chimney has already had a fire! Just another reason to have a chimney cleaned and inspected every year.

Additional debris and hazards are known to build up in the chimney, especially when you wait too long to have it cleaned out. Leaves, animal droppings, twigs, and more can be found in the chimney, but we’ve heard of some far more surprising items.

Finally, there have been many instances of insane rescue missions due to something you’d hope never to find in your chimney: a person. There have been cases of criminals hiding in the chimney to escape authorities. There have also been cases of people becoming stuck while attempting to break into a home or while hoping to spy on residents…yikes!

For chimney cleaning or animal removal in Minneapolis, MN, reach out to the team at 2nd Generation Chimneys, Inc.